Fiona loves creating new and exciting creations for her clients. These two looks were created by FTMakeup London for the 2017 Halloween Period for Heaven nightclub.

Drag shouldn’t be confused with transvestism, which is very similar, in the sense that involves cross dressing and switching gender roles. Most transvestites do not cross dress to be seen, as drag queens are, but to feel like a woman. Transvestism can also be a sexual fetish, whereas drag rarely is.

Men dressing as women in performance has always been around. In Shakespearean and classical Chinese theatre men would play the parts of women as women would not be permitted to appear on stage. We can see early forms of traditional drag appearing towards the late 1800s and early 20th century. Julian Eltinge began performing in Broadway shows from the age of 10, appearing as a girl, and by 1910 reached the height of his fame going on a national tour of America and even producing his own magazine. 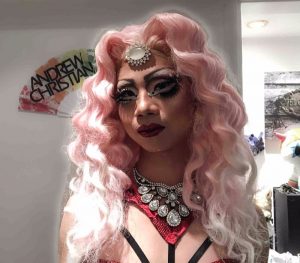